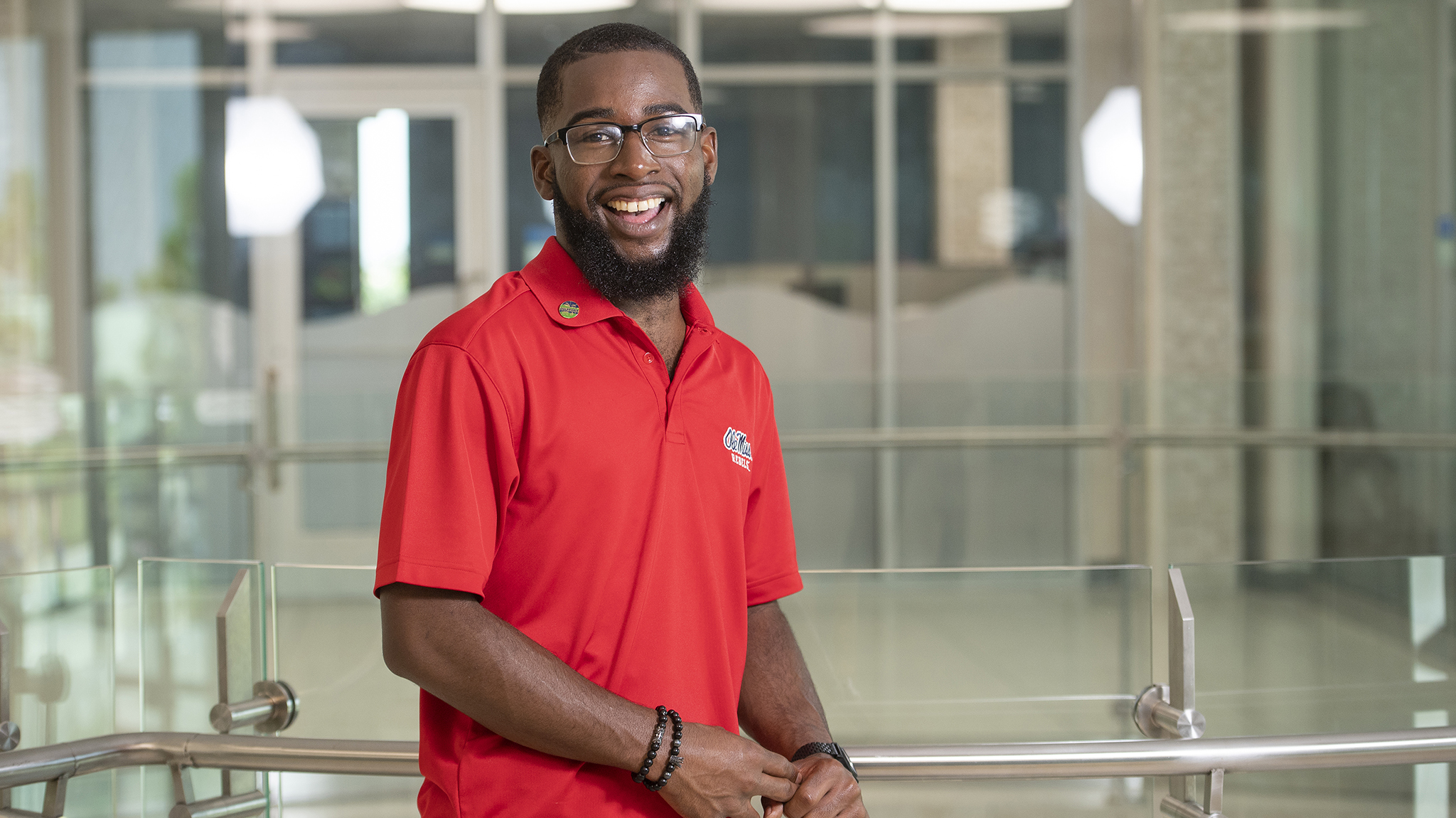 Bobby Hudson III, a senior public policy leadership major, has been named among Time magazine’s ’30 in 2030: A Generation Creating Change.’ Hudson’s grassroots organization efforts in his hometown of Gulfport were cited by the publication in the announcement. Photo by Thomas Graning/Ole Miss Digital Imaging Services.

For his advocacy work in the north Gulfport community where he grew up, a standout University of Mississippi senior has made Time magazine’s list of “A Generation Creating Change.”

Bobby Hudson III, a public policy leadership major, is featured in Time as one of its “30 in 2030: A Generation Creating Change.” Hudson said his passion for community engagement and public policy was ignited at Ole Miss.

“I believe no matter the constraints of traditional society standards, or whatever the obstacle might be before you, if you put your mind to it, nothing can stop you.”

Though still a student, he established the North Gulfport Advocacy Coalition, a grassroots organization dedicated to educating the public about politics, social advocacy and voter awareness. Hudson has a conviction to reinvest what he has learned at the university back into his community.

He said his work has been influenced greatly by the ideas of W.E.B. Du Bois, a 20th century essayist and leader on African American education issues, and one of the founders of the NAACP.

Time reports, “mental health was the collateral damage of the pandemic, with illness, loss and financial hardship weighing heavily on billions around the world. Those in Generation Z have been greatly impacted, since they are more likely to be in insecure work and disproportionately affected by nationwide lockdowns and restrictions at a time when many are only just entering adulthood.”

The magazine interviewed Hudson, along with two students at other universities, for its section on how young change-makers are applying creative solutions to mental health challenges.

Hudson said he became interested in advocacy work as a student liaison on the Campus Climate Survey working group, which ultimately resulted in the universitywide Pathways to Equity strategic plan. He has also been involved with the Center for Inclusion and Cross Cultural Engagement.

His North Gulfport Advocacy Coalition focuses on topics of concern in primarily Black communities within Gulfport through events, programs and resources for the communities it serves. The group moderated a town hall between municipal candidates and hosted anti-gun violence block parties.

In 2020, Hudson founded and served as lead organizer of the Gulfport Citywide Juneteenth Celebration Committee.

He also was one of the UM students honored with the first-ever Diversity Innovator Awards in April 2021.

“There are many transferable skills that I have gained. I really grateful for it. Ole Miss has pushed me to be the best I can be.”

Mead got to know Hudson when she was co-chair of the Campus Climate Study working group. Hudson was the only freshman in the group, which worked on the project for two years together.

“From the beginning, he was never afraid to use his voice,” Mead said.

She isn’t surprised by the recognition from Time.

“Bobby has been blazing trails since his first year at the university,” Mead said. “He has proven to be a collaborative leader and role model for his peers. Bobby is also highly determined and cares deeply about engaging and improving his community.

Therefore, this special recognition comes as no surprise.

“He is more than deserving and I’m so proud of the difference he’s made here on campus and back home in Gulfport.”

Holland said Hudson is an exceptional student and person.

“He is a multi-dimensional leader who strives to produce positive outcomes in our department, in the university and in his community,” he said.

Hudson’s passion for creating change is contagious, he said.

“Bobby is authentic and transformative, seeking to develop a better world,” Holland said. “I have observed Bobby grow as a change-maker who influences others through his value system and integrity. This honor is awarded to a very deserving person.”